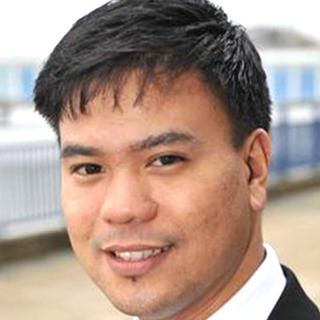 under various masters to a high level, achieving the grade of Black Belt 5th Dan in Shotokan.  He started teaching his own Karate classes in 1994 and co-founded Poon Dojo with his brother John Poon in 1995. Today, Ko Poon maintains a constant presence within Poon Dojo as an advisor.  However, his own martial journey has taken him deeply into the powerful internal art of Tai Chi Chuan.

In 1999 Ko Poon decided to focus his training within the internal arts. It was at this point that he became a student under Master John Ding
(Ding Teah Chean). In December 2002 he qualified as a JDIATCC Traditional Tai Chi Chuan Instructor.  Since then, he has been involved in teaching Tai Chi to the Elderly for 'Age Concern Waltham Forest', teaching Tai Chi in a Newham Primary School as well as for a Learning Disability Unit at Waltham Forest.  Additionally, Ko Poon now runs the MDA Stratford City branch and is a senior student of Sifu John Ding, dedicating his Martial Arts training solely to the path of Tai Chi Chuan.

Ko Poon started his therapy career in the early nineties, which led to staring his shiatsu career in 2000.  He graduated in November 2003 from the British School of Shiatsu Do as a fully qualified Shiatsu therapist.   Ko Poon now runs a successful Shiatsu practice in East London.

Professionally, Ko Poon has worked in the British Education system since 1996. Starting as a Primary School Teacher in the East End of London, he then gained promotion to become a senior manager holding the positions of Acting Deputy Head Teacher, Assistant Head Teacher. Ko Poon is now the lead Physical Education Lecturer for the Primary PGCE Programme at UEL.  He was the Lead Tutor responsible for writing the module in Physical Education for the Primary PGCE Programme and continues to train Students in becoming Primary School Teachers.